Yes, it will be a summary of my past half year of coding on ScummVM, and practically a summary of my latest additions to the Avalanche engine. I’ll go through a list of the most significant and spectacular modifications of the engine and describe them one-by-one. Of course, during that period, there were a lot of bugfixes (Even some bugs of the original were fixed!), and other additions and refactorings, but I won’t mention all of them.
So… let’s get started! (The pictures will become enlarged once you click on them.) 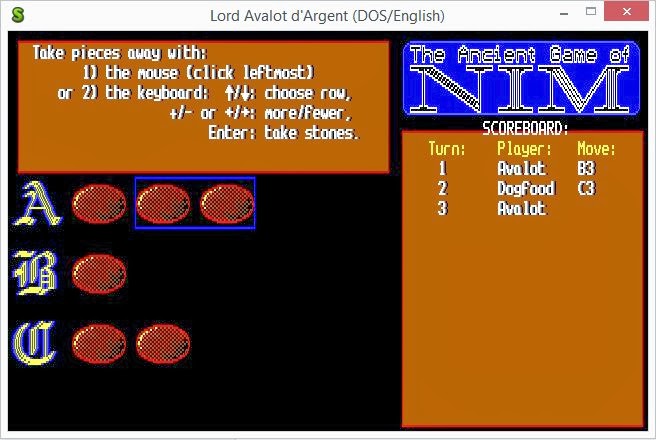 This was the first thing I implemented since my last post. The graphical part of it wasn’t particularly hard, but the game logic got me scratching my head for a while. In the end, the Wikipedia page of the game and a lot of patience helped me trough all the troubles. You can find the – not so nicely refactored – sources in our GitHub repo. 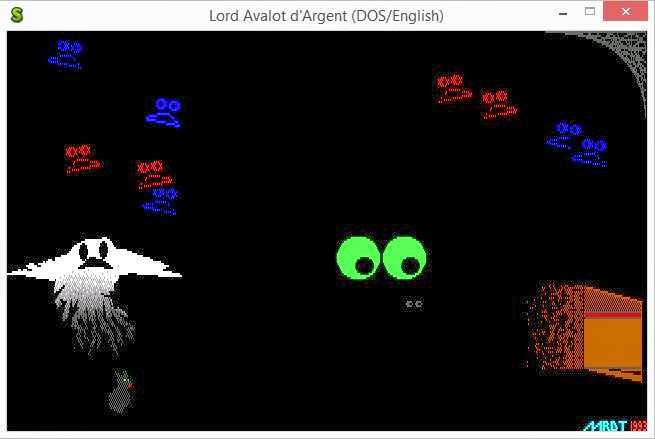 Basically, it is a little animated scene, which gets triggered when you make Avvy walk to one of the “hidden” corridors of his castle. He (represented by the two grey, little floating eyeballs) walks in innocently, then got scared by the descending ghost and other appearing freaks, so he hastens out of the room. It’s was pretty fun to implement, even if I had to fight a bit with the picture of the ghost to decode and display it properly. 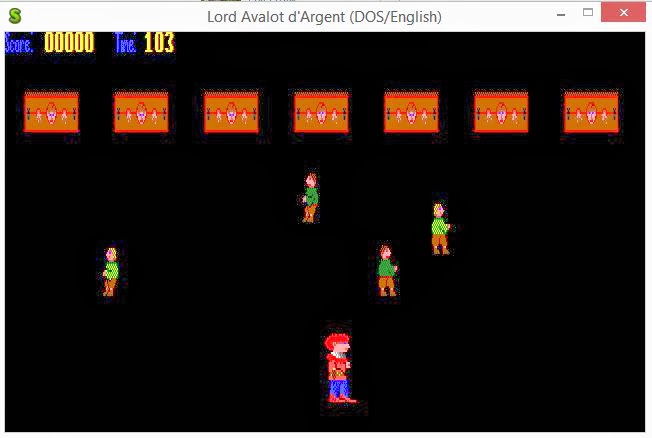 This one may need some description: It’s a basic shoot em’ up mini-game, where your aim is to shoot the bad guys in the pallets. If a criminal doesn’t get hit in the face with a rotten vegetable repeatedly in a certain amount of time, it will escape, and your score decreases. The more guys you keep in the pallets when the time counter reaches 0, the more points you’ll get. Also, you gain score for each successful shoot, and lose some if you hit a pedestrian by accident. It’s wasn’t hard to implement, since I’ve got everything for the graphics, and just a little bit of effort needed to understand the logic behind the mini-game itself.
4. Help: 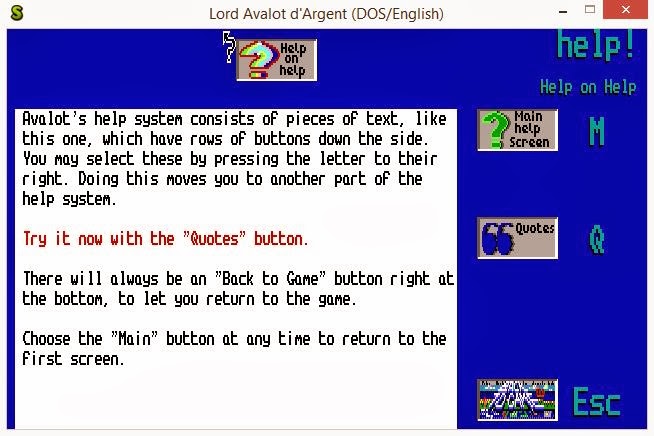 Of course, there’s also the Help menu. The implementation of it was pretty straightforward, the only difficulty was with the display of the big fonts, but I came over it by time and effort too.
5. Main Menu: 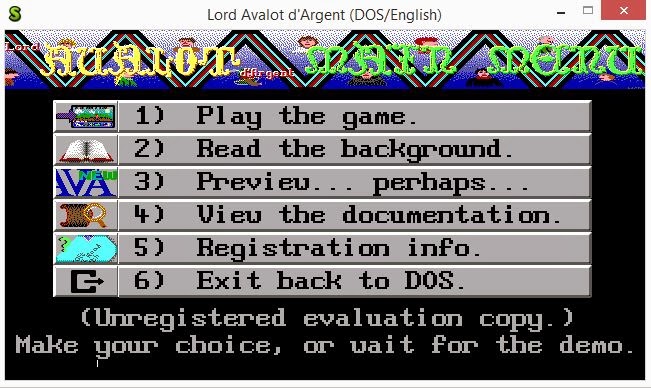 Last but not least, I finally fought with the menu, and got out as a winner. The biggest problem here were the display of the little buttons on it, because they are all drawn together, not one-by-one, but plane-by-plane. It also uses a different display resolution then the rest of the game, but it was really a minor thing after I solved the mystery of the icons. 🙂
That’s all folks! There are still some missing bits of the game, which you can see on the TO-DO section of the engine on our wiki, but I never said I stopped working on them. 🙂
By the way, I submitted my proposal just today, and hopefully I’ll get accepted to this year’s GSoC as well so I’ll be able to blog about my progress with CGE2 engine soon. Fingers crossed! 😉