After another bigger break I proudly announce you the pull request of Avalanche engine on GitHub!!!
In the last few days Strangerke and me worked a lot to make the engine more coherent and readable, and we were even able to implement most of the sounds and the harp-playing mini-game alongside it. 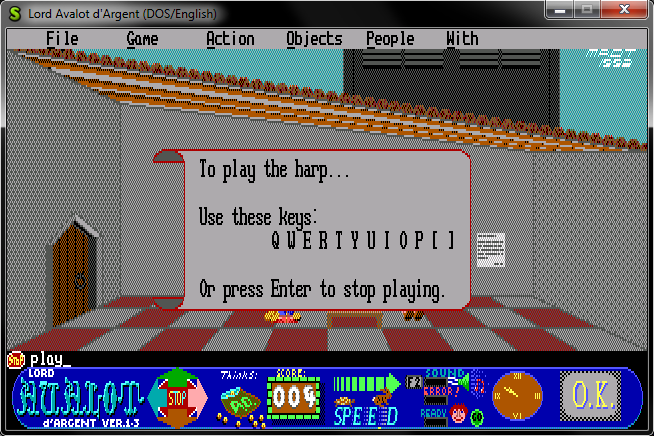 There are still lot to do with the game, so my work clearly won’t stop by the end of this year’s GSoC. If you want to be kept well informed, I suggest you to check the wiki page of the engine regularly, as well as keep on reading this blog, because I won’t stop writing posts about my progress neither. (Even if not weekly, thanks to school… but as frequently as it is possible.)
At last I want to say thank you to everyone, especially to my mentors: Strangerke and fuzzie. These two, and practically the whole ScummVM team helped me so much developing my engine that I can’t even describe the gratitude I feel toward them! It’s a great team to work with and being part of it. I am also very thankful to Google as well since they made my whole project possible with their financial support. Thank you guys, you are all awesome! 🙂

Before I write anything else: sorry for my three days late post! School had started and so much and even more rattles my mind nowadays, I scarcely had time and energy to commit anything and as it appears: I also completely forgot about this obligatory of mine.

In truth I have not much to report just now. Most of our commits with Strangerke (he helps me a GREAT amount these days) consist of renaming and refactoring the existing code. With his experience and great advices I think the engine improved a great deal in readability and even stability. Until the final deadline, we will keep working on the renaming and refactoring. One of our main aims right now (after being almost completely finished with the strings of the game – credits go to my mentor) is moving some remaining (and misplaced) functions to Parser to make it a real, whole parser. We also want to take another look at the graphical methods of the engine and move the appropriate ones to Graphics.
Besides these, there are still a lot to do. I’ll soon write a “TODO” section on the wiki page of the engine about these and keep working on implementing the missing features (sounds, some animations, help, etc.) after this year’s GSoC.

Yes, that’s it! Avalot d’Argent is actually in a completable state now! Yaaaay!

A few words about the past week: In truth, I can’t say much more than the previous time. I really didn’t do anything spectacular, or made actually new code, I mostly spend the week with bugfixing.
Since the game has a very unique storyline, it was hard for me to complete the original one in DOSBox, but with the help of the Pascal code, and some paper and pen (I had to draw a smaller map for one part of the game.), I finally finished it. After that, it was not so difficult to find the bugs in my code. At least it was much easier to find them, then to repair some of them. To be honest, most of the problems were mismatched array indexes and numeric constants, but it didn’t make the solving of them any easier.

After the game was completable, I plunged into the implementation of the drop-down menu. As the result of that, now I can proudly present you a screenshot of it and the fact that it’s fully functioning and can be controlled with the mouse! (The keyboard support is coming soon as well.) 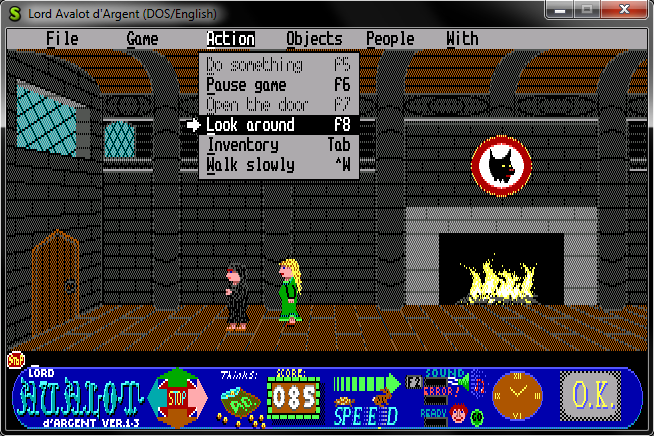 The implementation of it in fact, wasn’t that hard, since I had every tool for it from previous parts of the engine. (For example the plotting of text to the screen, and ScummVM also already implemented the drawing of colored rectangles to the screen. I really didn’t need much more than these, but a lot of patience.)

That’s all for now. The last weeks of Summer of Code will be spent with heavy renaming and refactoring of my code, so by the end of the program, we’ll be able to merge not only a working, but a working and (hopefully) readable and understandable engine into ScummVM! 🙂