During the last week, the most spectacular part of my progress was the implementation of some functionalities on the toolbar. Now, you can switch between normal, colorful display, and “mono-color” mode, which is there to support players with seeing difficulties. Let me illustrate it with two pictures: 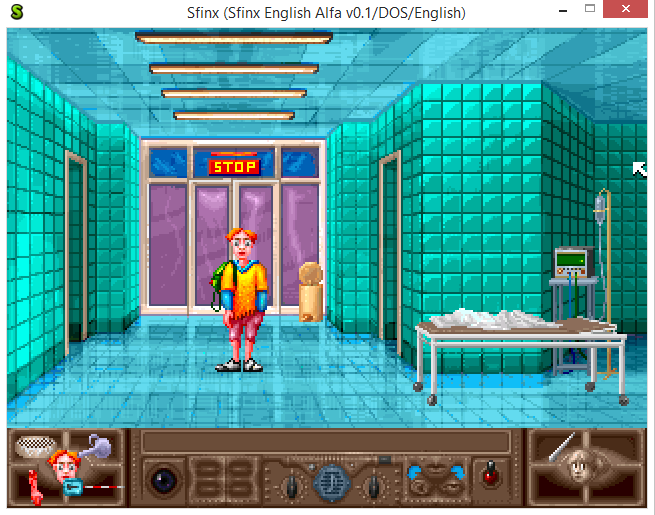 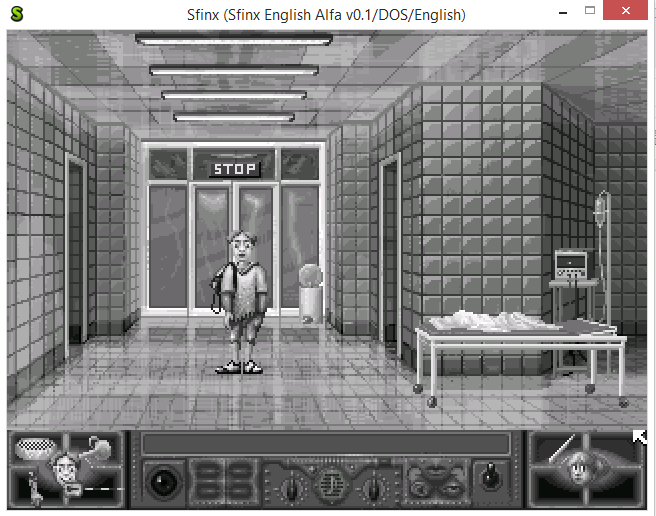 Pretty kind of the original developers, isn’t it? 🙂 Besides that, thanks to ScummVM’s another great feature, now you can enable this colorblind mode not just by clinking the purple sphere on the toolbar (next to Vincent’s inventory), but you can also configure the engine right from the launcher, so it always runs in this mode. 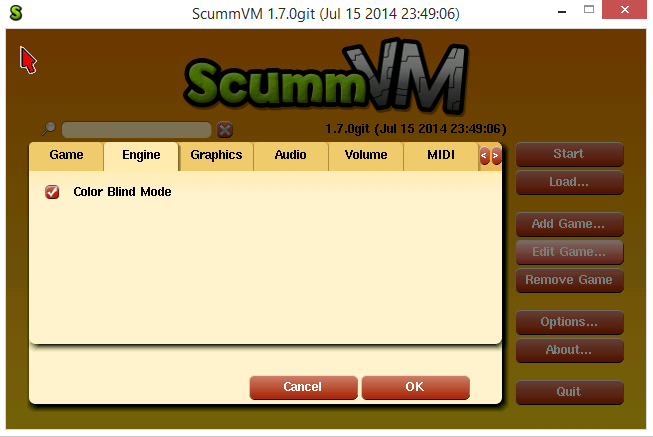 To do so, I only had to add this static array to detection.h:

And just pass it as an argument to the constructor of my subclass of AdvancedMetaEngine. It’s quite awesomely simple, isn’t it? 🙂

Another feature I added is that now you can also switch between speech-only and text-only mode using the little ear and eye icons next to the main switch on the right side of the toolbar. Of course, you can still stick with both, simply clicking on the mouth icon above the two. 🙂

Besides that, my last week mostly spent with fixing various newly found bugs and patching up the engine in different places so it (hopefully) leaks less memory now.
In practice, I will keep on doing that during the next week, since now (many many thanks to Arnaud) all the scenes in the game are reachable and most of them are fully or at least partially translated too. So we are absolutely not far from saying that the game is in a completable state, but there are still a lot of showstopping bugs what need to be tended