So, midterm is upon us.
It’s been a few really challenging, but also fun weeks where only a couple of times I found myself really stuck.
I am surprisingly more-or-less on schedule, which means that two new, cool features are on their way to players and developers.

Let’s talk about them.

The first one, as we mentioned before, is rotozoom.
The branch is basically ready (I still may have to fix just a couple of non-important few lines, but it’s there) , which means that WME games get sprite rotation+scaling suypport on ScummVM:
https://github.com/tobiatesan/scummvm/tree/wintermute_rotozoom_3

Which in turn means that at least a puzzle in one game, J.u.l.i.a, is now playable.
The J.u.l.i.a greenlight demo, available here, is playable to completion thanks to the patch: http://steamcommunity.com/sharedfiles/filedetails/?id=122116943
I’m not sure which ones, but I guess there are or will be other games that use rotation around.
They are now playable on ScummVM, bar other issues. 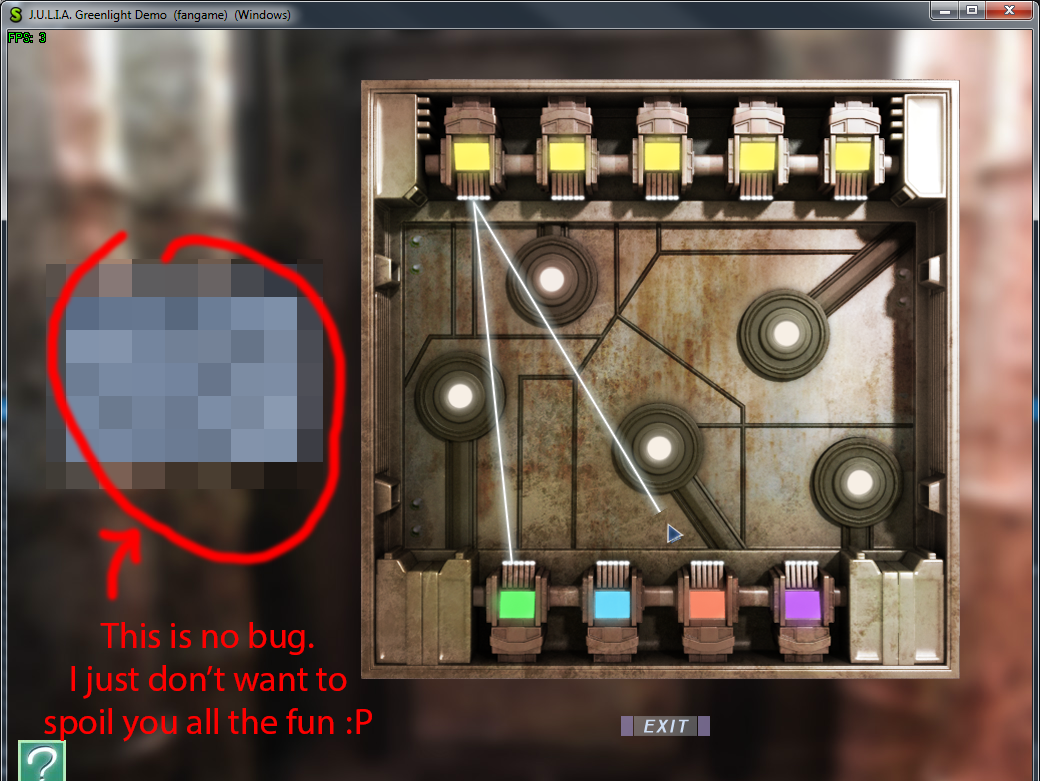 The second one is the debugger.

It’s not quite as production ready as the rotozoom feature, but the bulk is most definitely there, so it’s a matter of polishing it: https://github.com/tobiatesan/scummvm/tree/38db3907a7a0e31a6ff71e2e2c89b0d91a476589

You can set breakpoints, watch variables, step-execute (both step over and step into), import source code if available (if not, you’ll have a hard time using the debugger anyway) and dump variables and engine resources.

All you need to debug your games on ScummVM+WME and, more importantly, very useful in debugging the engine itself.
Will turn out rather handy post-midterm, where the real fun (for arbitrary values of “fun”) is.

Post-midterm, I plan on putting the finishing touches on the debugger, obviously, but also doing some bug hunting (for example, by playing popular WME games) and some doing refactoring and profiling+optimizing.

Now, there are quite a few areas of interest there.

I have learned by now that the biggest culprit for performance issues (and a few bugs) is the rect-system + the ticket system.
The latter, especially, is a rather complex business that is not present in the original engine, which uses a SDL backend, that does a *lot* of comparisons.

For starters, there is a known , aka “the Rosemary bug” (as it is evident in Rosemary when the main character walks right-to-left) that seems to be triggered by mirrored sprites.
For some reason, the sprite gets “jigsawed” WHEN dirty rects are enabled.
This may mean a bug in the dirty rect system.

The rect system also allows for optimization in the form of support for multiple rects.
Which means that, basically, at the moment, if two single pixels are updated, the whole rectangular area encompassing them is redrawn (bad for performance).
We would hope to just work with two 1px-wide rectangles.

The ticket comparison (which is carried out by the ticket system to recognized duplicate rendering tickets) might also be optimized further, but that’s something that will be considered after profiling.

Something that may yield better results is avoiding *abusing* the ticket system by prerendering stuff that would result in *huge* amounts of requests – namely, UITiledImage, which results in a request for every single tile.
Most evident in the system menu.

TransparentSurface my benefit from optimizing too; my bilinear-filtered copy function certainly does not help, as it is far from optimized.
To have good performance with that either the rect system must be made a lot better, or that must be optimized.

There is also some refactoring to be done in there.
For starters, there are cases where handy things provided by scummvm are not used, e.g. obvious things like const char*’s everywhere instead of Common::String.
Then there is some leftover code here and there, and a few paths *seem* to be modelled around implementation specific things of the original WME (the whole graphic stack *may* be it), so maybe one could try to see if there is a simpler way of handling it.

I hope the next half will be as fun and as fulfilling as the first half.